Many people have commented on how much they like our logo. Our logo is inspired by a still from a video of Cian and Cooper doing one of their favourite tricks – a Hi5! To celebrate Cian’s birthday we challenged people to recreate their Hi5 with their own pets; cats, dogs, lizards you name it! 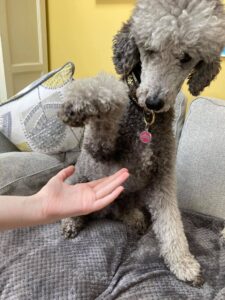 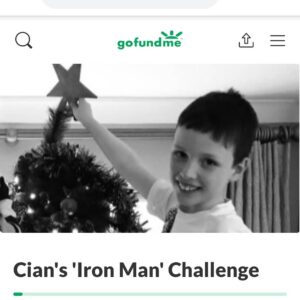 Thank you to everyone who  supported the Malin to Mizen cycle and our 24 cyclists. The Malin to Mizen Cycle was in fond memory of Donal and Dearbhla Considine and in aid of Cian’s Kennels – what a wonderful way of celebrating the lives of 3 incredible people, all of whom left this world far too early. 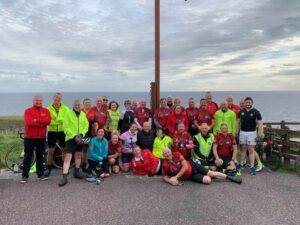 OSNS presented Cian’s Kennels with a cheque of €2,000! We also received a donation of €525 from Andrew Reynolds who did the catering at the event. On the day, we raised €501 from sale of merchandise and a further €270 in donations! Thank you so much to everyone for their massive support and to the OSNS Crew for pulling off a superb day! 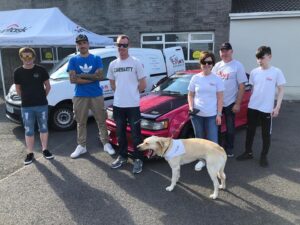 Thank you, Sinead who donated to proceeds of her “Charity Chop,” in memory of Jason, to Cian’s Kennels. Her beautiful hair made its way to The Rapunzel Foundation. 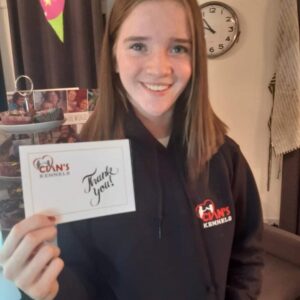 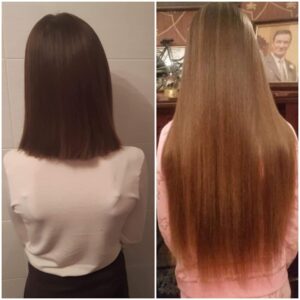 Katie took to the highways and byways of Ballyleague and Lanesboro in support of Cian’s Kennels during the virtual VHI Woman’s Mini Marathon. 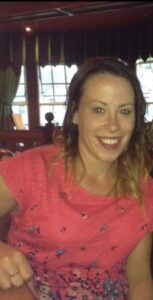 Dan and Michael hiked the length of Ireland with all proceeds going to Vita House and  Cian’s Kennels in memory of Donal and Dearbhla Considine. Thank you! 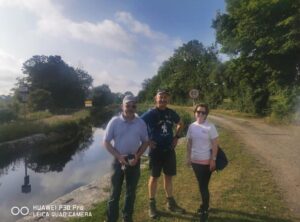 This shave was the brainchild of the late, great Tom O’Brien. Thank you Eamon O’Ceallaigh for holding this fundrasier! 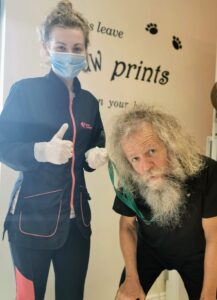 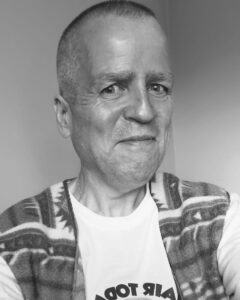