Cian’s Kennels is a charitable organisation set up in March 2020 in memory of Cian Neary, our beloved 15 year old son.

Cian loved life generally – his love of fine food, socialising with his friends & joy found in sports & team games was clear to all who knew him but his greatest love was animals, of all shapes & sizes!

Our world fell apart when Cian was diagnosed with hepatosplenic T cell lymphoma in September 2018. While in hospital in the early days of diagnosis we asked him if there was anything we could get him to make him feel better. We already knew the answer!!….. and a few weeks later Cooper, a gorgeous golden Labrador puppy joined our other dog & cat as part of our animal family.

On Friday, May 20th, we were delighted to be able to officially open the Cian's Kennels Visiting Centre, located at Children's Health Ireland at Crumlin. This was a day we…
Read More
February 9, 2022 in Latest News

Phase 1 plans are progressing extremely well so far, we can happily report! Groundwork began immediately to prepare the site for the real work ahead and the whole area was…
Read More
More News 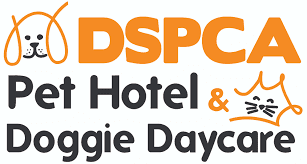 We are delighted to be working with DSPCA for these services – their facilities are amazing, their staff so professional and caring and they are located approximately 20-minute drive away from the hospital at Crumlin. Remember Cian’s Kennels can also arrange transport for your pet to and from your home to DSPCA and also to and from the hospital for visits.

We can collect your pet(s) from wherever they may be in Ireland and transport them to the DSPCA Pet Hotel in our state of the art van! We will also use transport your pet(s) between the kennels and our Visiting Area at the hospital. 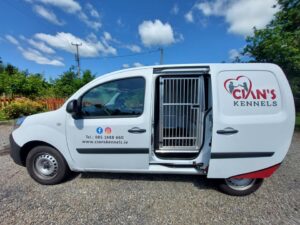 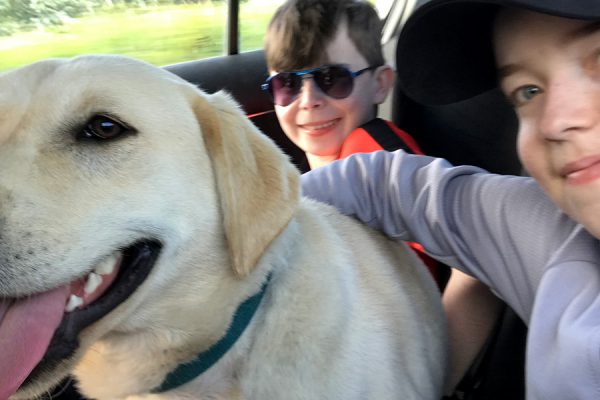 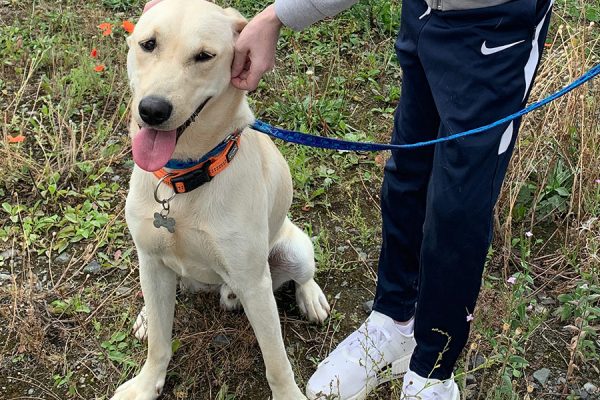 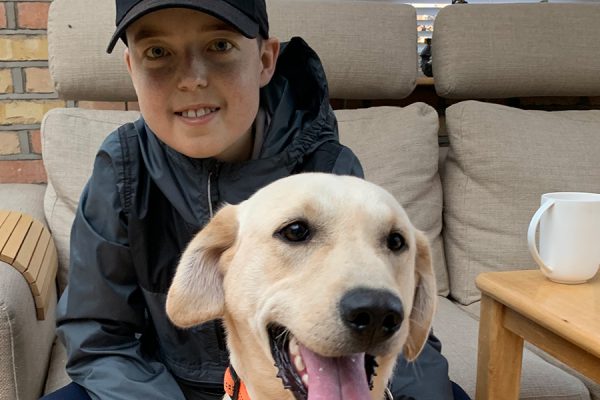 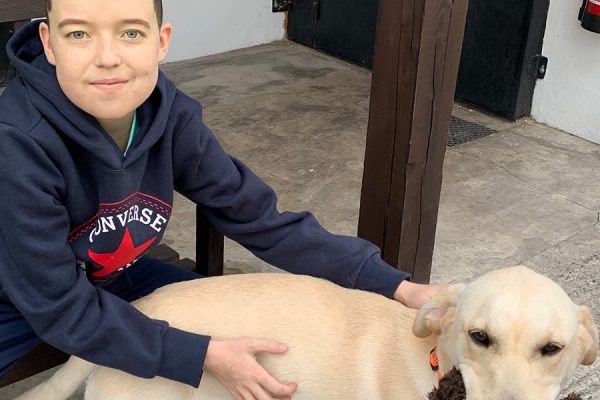 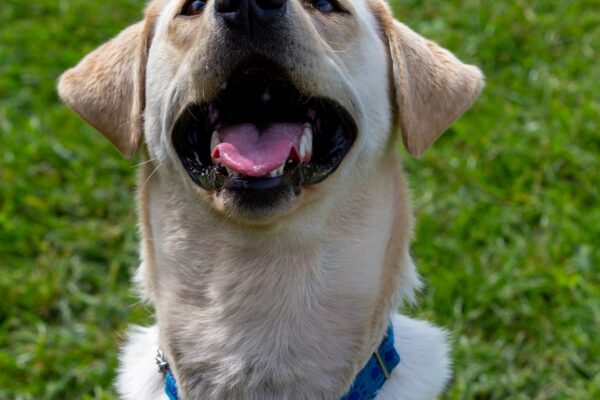 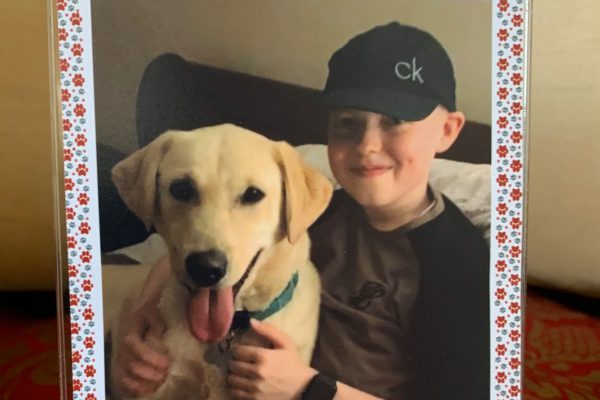 We all like a bit of good news on a Friday, don't we?!

Absolutely honoured to be chosen as one of 35 national finalists in the National Lottery Good Causes Awards 2022! 👏

We've been selected in the Health and Wellbeing Category and there's another round of judging ahead of us but we're all thrilled to be involved! 🥂

Aoibheann is a big Cian's Kennels fan and she recently did a school project on us! How cool is that?!

Here she is the morning of her presentation, getting ready to tell all her classmates about Cian's story and our Visiting Centre ❤️

Thanks so much Aoibheann 💖 ... See MoreSee Less

Well done Aoibheann & thank you! We will have to bring Copper to visit you & your school friends soon! 🐕

Tomorrow marks a whole month since the opening of the Cian's Kennels Visiting Centre at Children's Health Ireland at Crumlin! ❤️ It's absolutely flown by!

After a busy and emotional day of speeches, rain and photos, Evelyn and I took a moment to sink into these incredibly comfy beanbags, generously sponsored by Michael Mollaghan and all his team at Mollaghans of Longford 👏
It was like sitting on a cloud and I couldn't recommend them more - I think I'll be purchasing for my own house!

And yes, I coloured co-ordinated my outfit on purpose 😂❤️ ... See MoreSee Less

Cian's Kennels are absolutely delighted to announce that we have been chosen as one of the lucky recipients of the #RTEToyShowAppeal with HUGE thanks to , The Late Late Show and The Community Foundation for Ireland 👏

Congratulations Cians Kennels. Your hard work and vision bringing joy to those who need it most. 💕💕

Fantastic news, congratulations to all involved

Brilliant news …that’s Cian working his magic for sure 🥰

Well done to all 👍

Don't miss your last chance to win 2 tickets to the amazing @dermotkennedy at his sold out gig in St. Anne's Park this Sunday!

✨️IMPORTANT - tags without a donation will not be entered into the raffle✨️ ... See MoreSee Less

Dalvac Construction are building contractors with over 30 years of experience in the industry, covering Dublin and the surrounding areas.
Dalvac sheeted the interior of the unit, including joisting and insulation. Thank you so much! 👏

Acrylicon supply and install industrial flooring to a premium standard across Ireland - now including our Visiting Centre! Thank you so much 👏

Glennons Monumentals produce and fit high quality memorials in marble, limestone and granite. Providing a very professional service during a sensitive time, they provided us with our gorgeous plaque ❤️ Thank you so much 👏

Stephen Sally of HBK Architects was our phenomenal architect for our build and was wonderful through all our planning and a number of edits to our drawings. After seeing the project come to life, and having a firsthand experience of the commitment and passion that brought the Visiting Centre to life, they have decided they will be donating all the work completed and we couldn't be more grateful 👏

Thank you will never be enough for the incredible sponsors we are lucky enough to have donating their products, time and skill to help us achieve Cian's dreams ✨️ ... See MoreSee Less

Hi all, myself and the two ladies Dot McCormack and Shauna Keenan are taking part in this year’s Vhi Women's Mini Marathon to raise funds for the amazing Cian's Kennels

During our time in Crumlin Children’s Hospital, as the months went on a daily struggle for us was trying to fill the day with things that mirrored a normal life for Bryan. There is nothing normal about the four walls of a hospital becoming your new home. No child should have to leave their own home and accept a hospital as their new normal. But unfortunately this is the case for so many children. I saw a photo Cian’s Kennels posted the other day of a teenage girl visiting their kennels. We used to see this brave girl and her dad walking the corridors day in day out like ourselves. We’re home almost 6 months now and it breaks my heart to see this girl, like so many others, is still there, fighting an illness while also trying to fight back the feelings of why us, why can’t things just go back to normal and let my child be home in their own bed, eating cereal at our kitchen table? We all often wish for great things in life but if the last few months have thought me anything it is that there is no greater wish to be granted in life than being able to tuck your child into their own bed at night, a room free of monitors, tubes, carers and nurses needing to do hourly checks. My wish has been granted and although we still have a bit to go, some days are hard, they are nothing compared to the days spent trapped in those four walls in search of some glimpses of a normal childhood for my baby.
The Ronald Mc Donald House was a godsend for us. We don’t know how we would have gotten through our time in Crumlin without them. When Bryan got strong enough we were able to bring him to the Ronald Mc Donald house and that gave one other thing to add to his daily routine. However, after seeing where Cian’s Kennels have just recently opened their doors, a few metres from the Ronald Mc Donald door I can’t tell you how much this opens a whole new dimension of normal for the sick children and their families up there! If Bryan had been able to have his dogs Rosie and Benji up with us it would have brought untold joy, peace and distraction from the daily battles he had to endure. I cannot put into words how much of a game changer Cian’s Kennels opening is for all the families finding themselves in the position in which they have to leave their old lives behind and try to adapt to a hospital setting being the new home for their sick child and family. If you could spare anything at all to show your support for this wonderful family who themselves went through this unnatural adjustment and unfortunately their beloved baby was not as lucky as mine. But instead of dwelling in darkness they’ve gotten up and are going to make an unbelievable difference for countless families who find themselves going through what no child, parent or family should ever have to go through. It is all done in honour of their hero Cian who although may be gone is, due to his family’s strength, love, determination and drive, going to be by the side and help ease the pain of so many children fighting battles no child should ever have to. If you could spare a few € to get behind this family’s amazing efforts and support them in helping Crumlin’s sick children and their families we would be extremely grateful and promise not to cut any corners in tomorrow’s mini-marathon! ❤️🐶🙏🏼🏃🏻‍♀️💪🏻❤️ ... See MoreSee Less

Massive congrats and thank you to Dot, Sarah and Shauna who nailed the Vhi Women's Mini Marathon today 🏃‍♀️

Hope the 3 of you has a great day and enjoyed the experience!

Needless to say we couldn't send them off empty handed - thank you to Doireann in Áine' for holding onto a couple of Sherpack Ltd wonderful Cian's Kennels bags! We made sure the girls had enough snacks to get around the 10km! ... See MoreSee Less

Anybody fancy a giveaway to brighten up the June Bank Holiday weekend?!
Have we any Dermot Kennedy fans following us?!

Cian's Kennels is giving you the opportunity to get your hands on 2 tickets to Dermot Kennedy's sold out Dublin gig for next Saturday, June 11th - for just €10!

This is with huge thanks to Dorothy of Dottie's Doghouse who gifted us these tickets!

✨️IMPORTANT - tags without donations will not be included in the draw✨️ ... See MoreSee Less

Cian loved life generally – his love of fine food, socialising with his friends & joy found in sports & team games was clear to all who knew him but his greatest love was animals, of all shapes & si...
View Comments

✨️IMPORTANT - tags without donations will not be included in the draw✨️

I have 4 tickets for sale

We all like a bit of good news on a Friday, don't

Aoibheann is a big Cian's Kennels fan and she rec

Tomorrow marks a whole month since the opening of

Don't miss your last chance to win 2 tickets to th

Massive congrats and thank you to Dot, Sarah and S

Anybody fancy a giveaway to brighten up the June B

Meet some of the incredible care team of St. John'

The thank yous to the sponsors of the build of our